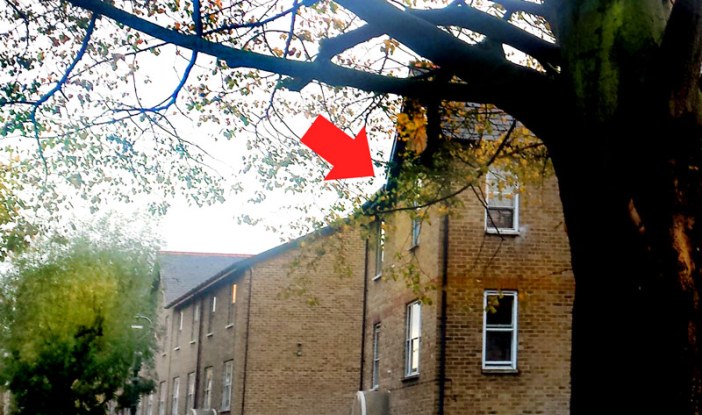 “What’s going on up there? Huh, that’s a good question…up there’s where they’re taking them. The prisoners. That’s what’s known as a ‘Special Rendition Unit’, see. I know it looks like a ordinary flat, but that’s, err, that’s ‘cause it is a ordinary flat, innit? I should know. It’s my bleedin’ flat. Yeah, an official came ‘round the other day to explain it all and to, err, ‘take possession’, as the saying goes. I mean yeah, he had the piece of paper to prove it and everything. Signed by the Home Office, no less. Yeah, group of lads it was – in a people carrier. Yeah, this one bloke had on like a uniform – bit like a police uniform, only sort of home-made – he explained it all to me very nicely, took me through all the small print, whilst the other blokes chucked my stuff out on the pavement. But you can’t just think about yourself, can you; I mean, it must be a terrible inconvenience for them too. But they’re keeping us safe, 24 hours a day, you know what I mean?

“Well, he said that they had to seize all these extra buildings like, just to cope with those ‘political arrests’ they’re doing at the moment. See, he told me that I was lucky enough to have had my house picked out at random to become a ‘Special Rendition Unit’. And he gave me a receipt and told me I was a patriot. Looks a bit small for holding prisoners though, don’t you think? Well, yeah – of course I told the bloke that, but he explained it all to me, see. He said, right, that these prisoners, right – ‘cause they’ve had all their human rights taken away from ‘em, these prisoners will fit into a much smaller space than a normal prisoner would. So there you go.