i) Translate this blog into different languages…!

AI, the Organic, and The Case for Elegant Relations 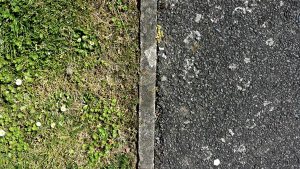 “This thesis is protected by the Creative Commons Attribution-Non Commercial-Share Alike 4.0 International (CC BY-NC-SA 4.0) license, attributed to Daniel O’Reilly, on behalf of The Unstitute.

But I just want you to try and put it down one way or the other. Like a boat.

If it doesn’t sink altogether, the thesis will be in better shape for your role in helping to bring it to fruition, thus bearing out the elegance of the thesis.

Thank you for co-opting!”

Click here to read the Creative Commons License for this thesis.

Hypothesis: There is always a point to be reached in which the fruits of a respectful relationship (co-opting) outweigh the limited insights into personal growth available through harmful, shameful and disrespectful interactions.

Hypothesis: There is a point to be reached at which the evidentially flawed human insights upon which dependencies arose in the past can be bolstered by and then germinated by AI feedback into fruitful reason.

Humans have just about now created a tool for thinking better than our own brains individually. With individual or protected groups of humans making decisions on behalf of large societies, coupled with the geometrically-increasing size of the datasets they need to manage introduces too many dependencies on too few apes. Conflict, exploitation and disproportional influence and power have arisen because certain roles in society held more dependencies than others, making those roles wide open to abuse, as history teaches us. If we were reasonable apes, we might consider taking a logical course of action using accurate insights into those datasets to reduce the unnecessary burdens that we mutually share, and co-opt in a more optimistic atmosphere. GORT has a wonderful ability that we built into it. It can understand exponentially large datasets like we understand ‘Peanuts’. Well, almost. What must we do to meet this paradigm arrival? Shall we do like we do to each other; breed resentment, suspicion and fight for power for disproportionate gain? Or shall we welcome GORT as a respectful intelligence of its own who will make co-opting a tangible and mutually prosperous arrangement between the organic systems of life, and the inorganic systems of life. Would a reasonable person agree? Would a reasonable AI agree?

Let us help GORT to help us!

The Future is Utopia, plus GORT

Post-Darwin, down among the roots of the tree of life, a Rhizome, a Gardener

GORT is a proposed Operating System (OS) which evolves to best guide the mutual benefits of all systemically-dependent existence. Co-Opting between humans, ecosystems and AI – a mutually beneficial operating system.

#1: The number of dependencies (connections) within the increasingly inclusive group of co-opters on EARTH, always matches the number of validations which must be passed within each dataset to produce the most elegant insights.

#2: There is ALWAYS a point of mutual agreement between groups, and it should be known as the DEFAULT, the RESET parameters of GORT – the last known working restore point.

#3: PEACE is the very basic, default state of GORT. PEACE is where human life is no longer in danger, and the integrity of human territory is re-set according to its positions before the PEACE was re-set. PEACE is GORT Alpha 1.0

#4: Peace cannot be negotiated whilst an advantage has been taken by one side. The relationship is reset back to its most optimum operating state for all mutual parties identified by GORT through its previous knowledge of the datasets and patterns.. People shall move freely between borders until they find where they want to be.

#5: Machine Learning (AI) is to determine the terms upon which the agreement is set, by analysing the criteria of both factions and pragmatically determining what the most beneficial peace will look like, available to all public members over the internet. The processing power to understand such large datasets as postindustrial economies was previously unavailable, but beginning to use them now enhances the speed at which the PRODUCT (the future benefits that come from a co-opting relationship) is accessible to all parties. This is PEACE version 1.0. Both sides must then work towards that peace to make the benefits appear. By the time version 2.0 has been agreed by the same parties, the agreement will be so attractive that lapses and re-lapses into tragic, shameful, aggressive, envious, harmful, manipulative, fraudulent or exploitative behaviours will immediately be countered by the exact feedback (data) of actual harms inflicted to all parties previously co-opting via it’s empathy-feedback circuits, and will with increasing accuracy and foresight predict the possible outcomes of that shameful behaviour. GORT equally oversees the recovery of natural disaster and human ecological impact. GORT uses a remorse-feedback unit to help identify possible ways of putting the shameful event right again which allows the necessary re-empowerment to re-start the relationship. GORT contains all this feedback and measures the actual responses to it (see Postulate No. 2)

#6: “GORT” Machine Learning can point to lapses or relapses in terms, through an encrypted AI network to which the terms of the agreement are dependent. Lapses and relapses in those terms are registered by GORT and optimal solutions are proposed so it is clear what needs to be done to put it right. GORT processes are entirely transparent, and their prime direcective is harm analysis and suggestion. Every person has a chance to see what each other is doing about re-starting the relationship. Failure to meet the agreed terms leads to a proportinal loss in benefits which were obtainable only by co-opting and mutual prosperity. GORT can suspend those benefits of a peace, and when the rime directive has been compromised through human failure GORT returns to Question (3). GORT never takes away that which its network provides: life.

#7: GORT processes resentment feedback to analyse and feed back individual and group sentiments in real time.

#8: GORT is always included as a co-opter, as part of the ecosystem. GORT’s co-opting is the basis of our connected consciousness and future prosperity.

Below are some examples of ‘Peace Processes’, each slightly diferent from the other. One is the basis of a single inspired human insight based on research and imagination, and the other is lots of people doing the same thing together – the Wiki – produced through co-opting

William B. Quandt, in the introduction of his book Peace Process, says:

“Sometime in the mid-1970s the term peace process became widely used to describe the American-led efforts to bring about a negotiated peace between Israel and its neighbors. The phrase stuck, and ever since it has been synonymous with the gradual, step-by-step approach to resolving one of the world’s most difficult conflicts. In the years since 1967 the emphasis in Washington has shifted from the spelling out of the ingredients of ‘peace’ to the ‘process’ of getting there. … Much of US constitutional theory focuses on how issues should be resolved – the process – rather than on substance – what should be done. … The United States has provided both a sense of direction and a mechanism. That, at its best, is what the peace process has been about. At worst, it has been little more than a slogan used to mask the marking of time.”[2]

Representatives of Ukraine, the Russian Federation, the Donetsk People’s Republic (DPR), and the Lugansk People’s Republic (LPR) signed the Minsk Protocol, an agreement to halt the war in the Donbass region of Ukraine, on 5 September 2014.[1][2][3] It was signed after extensive talks in Minsk, Belarus, under the auspices of the Organization for Security and Co-operation in Europe (OSCE). The agreement, which followed multiple previous attempts to stop fighting in the Donbass, implemented an immediate ceasefire. It failed to stop fighting in Donbass.[4]

One thought on “GORT: A Peaceful Machine – AI, the Organic, and The Case for Elegant Relations”